Please Note: visahelp.us.com not associated with the US Government.
Skip to main content
We’ve helped over 113,830 people successfully enter into the United States. We can help you too!

The Georgian passport is the biggest climber of the passports index rating, gaining more access than any other country part of the list, as a result of the new visa-free access to 32 countries, including those of the Schengen zone. The regulation which removed visa requirements for Georgians entered into force in March 2017. This year Georgia ranks 53th out of 199 countries and ranked 68th in the previous ranking last year. Its passport holder now can visit 99 visa-free countries, up from 84.

Georgia is followed by Ukraine, as one of the countries that have boosted their visa-free access.  Ukraine has also access to 32 additional countries now, following the completion of the visa liberalization process with the European Union in 2017.  It’s passport holders can now visit 114 countries, up from 100 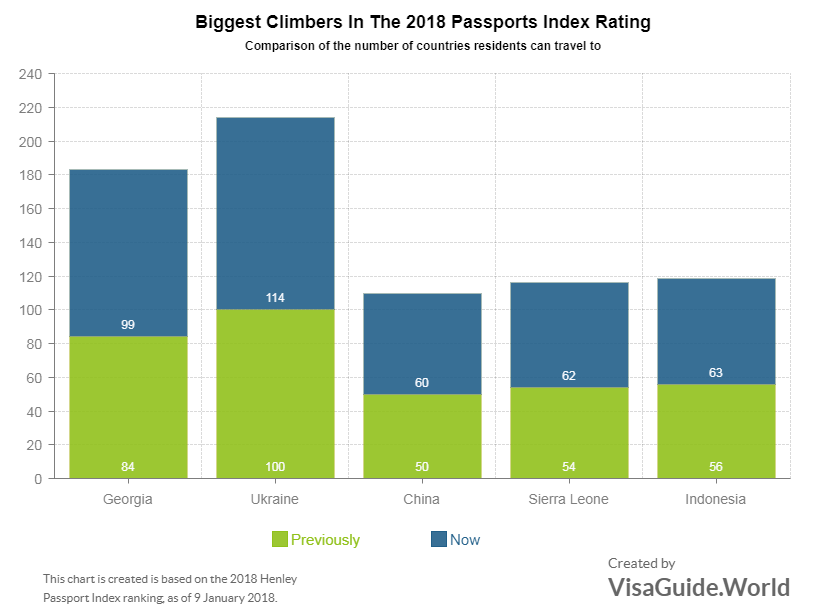 The ranking has been published by Henley & Partners, a firm focused on residence and citizenship planning. The firm publishes an annual index that ranks passports of 199 countries, according to the number of countries their holders can travel to visa-free.

Alongside Georgia and Ukraine, other countries that made big steps forward in the passports index rating are:

Germany remains the number one country in the index with the most powerful passport on the planet. It is followed by Singapore, whose passport holders can visit 176 countries, just one less than Germany.

The positions of 143 countries on the list have improved, while seven countries saw visa-free access reduced last year.

Ranked at the end of the table are Syria, Pakistan, Iraq, Afghanistan with free access in only 24 to 30 world countries.