Please Note: visahelp.us.com is a private service, and not associated with the US Government.
Skip to main content

According to reports, the United States has been the top destination for international immigrants since the late 1960s. It’s being said that about 1/5 of the world’s immigrants already live there over the past two years. Knowing its long history of immigration, the country’s government still moving back and forth in foreseeing either immigration as a valuable resource or a challenge for them.

The 2016 election and significant actions on immigration, taken by the Trump administration have as one of the targeted issues. The congress is now debating a Merit-Based Immigration Bill to highly prioritize legal immigration. In this case, any individual who is having an application for a visa should accomplish the requirements and recommendations in order to have a merit-based visa as a way in order to board to the US.

Through this article, an immigrant can go beyond the information of the US Immigration Point System which will be imposed if it’s approved by the authorities. This would as well outline the 40-page bill being proposed and have an overview of how the Merit-bill Based Green Card Work.

An applicant can use a Green Card Calculator in determining their eligibility for passing the RAISE Act.

What is Merit-Based Immigration?

Merit-Based Immigration is a system of Immigration in going demographics, education, job prospects, and the rest. The eligibility of an individual who applies for this merit visa relies on the accomplishments they have.

In the U.S, they have this proposed bill – Reforming American Immigration for Strong Employment Act or the RAISE Act.

What is in the RAISE ACT?

It is a system assigns every applicant a specific number of points as per their qualifications. The rule is that they must have at least 30 points in order to qualify for a Green Card in the US. The proposed bill aims an equitable process of immigration as well as stopping the Diversity Visa or Lottery, the main reason that brings immigrants in the US who are not interested or unable to get a visa for the travel instead. 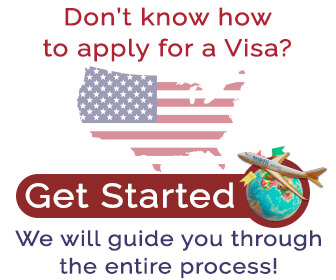 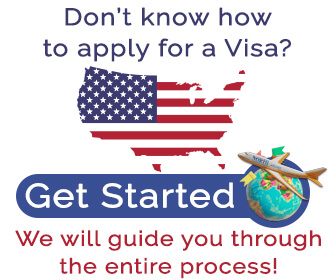 The said act also wants to put a specific number of visas issued annually. Following the new bill, the topmost points-based visas which can be issued during a fiscal year are unable to pass 140,000 visas, and over these visas, not exceeding 50,000 visas must be handed to refugees wherein the President is the one who is responsible in deciding the number of visas that will be given to those who are displaced, but not an economic migrant.

For instance, when it happened that there are more applicants who reached beyond the limit in the number of visas, the authorities will be able to obstruct those applicants and instead, for the next fiscal year, they will give them a merit-based visa.

Moreover, the RAISE Act targets certainly the Immediate Relative and Family-Based Green Cards wherein point out more controls into how family reunification is made.

For example, one section of the RAISE Act bill expresses that the definition of an Immediate Relative will change as follows:

The RAISE ACT can operate prior to the first of the fiscal year that typically starts on the first day of October per year if it is being approved.

Those who get a merit-based visa will have a U.S Green Card. They will be allowed to move to the U.S permanently and live in any state they want. They are allowed to work and have government-issued documents. After the initial 5 year period has passed and they have successfully maintained the visa, they can apply for a U.S citizenship.

Having a merit-based visa, you will not be able to get public benefits such as Medicaid but if you get that visa and you are using a public benefit program you should assign and advocate through the Affidavit of Support, ensuring that the Government will get back the funds.

What Are the Requirements for the Merit-Based Immigration?

How Will the Merit-Based Immigration Points be Given?

With regard to the requirements mentioned above, an applicant will now be able to calculate the points that will be received whether he/she is allowed to get a Merit-Based Green Card. This will be your U.S Green Card Points Calculator and the points are distributed as explained below:

The age requirement divides groups of applicants depending on their age and assigns points to them as below table.

The education points are shared based on the highest educational degree which the applicant has, whether it is a U.S degree or a foreign degree.

The Director of U.S Citizenship and Immigration Services and the Secretary of Education are going to organize a list of organizations for foreign degrees, that will meet the accreditation standards of institutions in the United States and only those listed institutions will be recognized as valid degrees.

Applicants must be proficient in English and must get a good score on proficiency tests because better scores lead to higher ranks. Points that are distributed afterward are based on the decile ranking in which more points are obviously in higher deciles.

The  RAISE Act is giving additional points to those who have obtained extraordinary achievements – a Nobel Laureate or an Olympic Gold Medal winner. It is being considered that the points awarded and those having these gains will pass the 30 points threshold much easier than those who do not have the said achievements.

Applicants having a valid job offer from a US employer are eligible also to get more points depending on the compensation they will get. Otherwise, not having this, will then get 0 points. The compensation basis is on the U.S median household income of the U.S state and the place of work will be indicated by the U.S Secretary of Labor.

Investment and Management of a New Commercial Enterprise

If applicants happen to invest in the U.S economy and obtain a merit-based visa, the immigration officials will inspect upon them continuously to ensure that they are maintaining the investment, otherwise, they will lose the visa at all.

Applicants will get some additional points if they received approval for a Family-Based Green Card 24 hours before the RAISE Act is granted. Hence, they need to reapply but will get 2 points if:

Note: It is not a guarantee that attaining more than 30 points, an applicant will get the Merit-Based Visa for the U.S, but it will only make him eligible for applying.

How to Apply For the Merit-Based Visa?

When the RAISE Act is approved and the U.S begins to give merit-based visas instead of Diversity Visas, the process of the application is different. The immigration authority will still be the U.S Citizenship and Immigration Services (USCIS), but the procedure will be as follows.

After going through the requirements for getting the merit-based visa basing on the given criteria, applicants will have 30 or more points for them to be eligible to apply. They are obliged to pass an online application form to USCIS.

As the RAISE Act has not been yet approved, the details of what form the applicants will be submitting are still not known. With this online application form, they will also have to attach the documents that prove their qualifications for the points. Below are included:

Moreover, applicants must pay a $160 application fee for processing. It is the U.S government that is responsible for maintaining the change of fees based on inflation.

The USCIS will check the applications, and rank them based on the points. Any applications having less than 30 points in the eligibility requirements will be terminated. Yet, if chances are that there are two applicants or more that will have equal points, the RAISE acts will be the one that will break the tie. How? Below are to be considered:

The highest rank will be a doctorate degree, next will be a professional degree, then a master’s degree, bachelor’s degree, and lastly is the high school diploma. U.S degrees will also be ranked higher than foreign ones.

The applicant with a higher proficiency will be ranked higher than the one with a lower proficiency if in case he has the same educational degree and points with the other applicant.

Two applicants with the same points, same educational degrees as well as in English proficiency, then they will be ranked according to age. The applicant who is closer to their 25th birthday will be ranked higher than a person who might be younger or older.

The USCIS will then send invitations to the highest ranked applicants every 6 months, after ranking the applicants in the eligibility pool.

In the first 6 months, USCIS will invite 50% of the allowed number of merit-based visas every fiscal year including the dependents. The invited applicants will then have to file a petition to USCIS for the merit-based visa no later than 90 days after USCIS has sent the invitations.

The applicants should submit documents proving their eligibility even if the kind of petition is yet to be recognized:

After processing the petitions, USCIS will then announce those who got the merit-based visa and the U.S Embassies in the home countries of the winners will issue them. While USCIS processes the petitions, the applicants will undergo screening for their criminal background and their medical appointments.

If applicants are able to pass the screening, then a merit-based visa will be granted and can move to the U.S.

Can I Bring my Dependents With a Merit-Based Visa?

The main applicant will be allowed bringing their spouse and minor children to the U.S. It is only the minor child that will automatically granted the merit-based visa as the applicant, while their spouse must also be part of the application and is being per-screened based on the points system.

Can I Get a U.S Citizenship With a Merit-Based Visa?

Definitely, yes! How? As an applicant, it is important to keep a US immigrant visa after a 5-year period so they can have US citizenship. The same applies to the merit-based visa. You will have to be eligible and fulfill the requirements to become a U.S citizen and if approved, you will get the U.S passport.

If you are in the time when you have a merit-based visa and received public benefits but your supporter did not compensate the government for, then you will not be eligible to get a U.S citizenship. Most importantly, you must have a clean criminal record and legal documentation.

When Will the Points-Based System be Implemented in the U.S?

If the RAISE Act is approved after October 2018, then it will go into power in October 2019. Nevertheless, still will be evaluated by the U.S government authorities. If approved, it will be operating on the first day of the fiscal year which for the U.S is October 1st of each year. Therefore, the act and the points-based visas could start being implemented when in October 2018.

Need to apply for a US Visa? Our reliable team can help you, how in just three easy steps. Our experienced team has helped thousands of applicants successfully enter the United States. Just visit USA VISA and start your application right on!

Have a safe travel!